Ban On The Popular Means Of Transportation in Bujumbura; A Matter Of Concern For the Local Populace 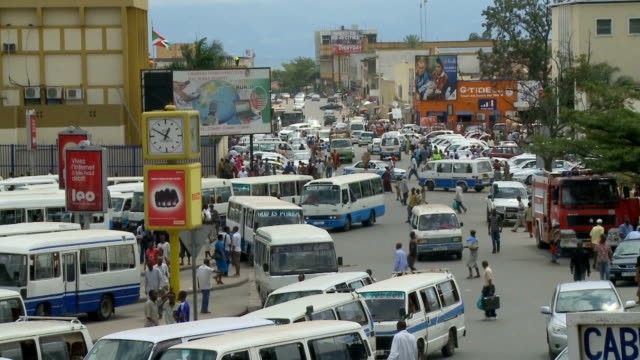 The ban was enforced on Monday, 21st March 2022. The government announced it through the official Twitter account of the Ministry of interior and public safety. The Ministry also warned the general public not to pay any heed to the ban's opponents, as, according to the officials, they want to create chaos in the capital. The law's opponents have been running campaigns against the ban, even before the government enforced it.

According to different local witnesses and government officials, many squads of Armed police were posted in the prohibited zones to enforce the ban in letter and spirit. Before the imposition of the ban, it was estimated that almost twenty thousand prohibited vehicles had access to visit any locality in the capital. Now, they are only allowed to visit some areas on the outskirts of Bujumbura.

General Gervais Ndirakobuca, the interior minister, briefed the media that the taxis, tuk-tuks, bicycle taxis, and all banned vehicles are responsible for most road deaths. He said that these vehicles had caused 1970 injuries and almost 1300 deaths in one year between January 2021 and January 2022. The Ministry has also banned private motorbikes in prohibited zones. However, two-wheelers with official number plates can enter the prohibited areas.

More than half a million people use these modes of transportation daily. The ban will affect the masses because the transport system of Bujumbura is already in shambles. In addition, the ban will also have serious repercussions on the income of drivers, whose sole source of survival is this income.

According to an economist, the decision will affect the economy of the Bujumburian populace in general because these vehicles are also utilized to transport essential food products like vegetables and milk. In addition, they are also used to transport the city's most common source of energy; coal. He said that the local drivers would also return to the rural areas because they would find it difficult to survive in the capital because of their meager income.

The local press has also reported that most drivers have already returned to the countryside.